Wow, what a year

It's been a little over a year from when the world shut down and things are still not back to the normal we use to know. I thought I'd have time to do little things for myself while not being able to do the big things I usually do for everyone else...but no, not really. I am finding that my world got smaller but busier and I have been horrible about my daily devotionals. Wouldn't you think that staying at home would give one more time than less? Priorities, that is what I am learning. I need to make the important things my priorities and really look at where I lose my time. Is it social media, television watching? Is it activities that bring me closer to God and his plan or farther apart. Reflection time. :)

Posted by Connie at 6:40 PM No comments:

Sometimes the most frustrating thing a person can say is, 'trust in God's plan'. Trust is one of the hardest things a Christian can do and I guess that's why I write about it. All my books have the theme of the characters struggling with trusting that God has put events, struggles, and celebrations into our life to help us to grow. If one of those things is removed you may not meet a person or learn something important. Looking to the goal, or the end is key. Don't get stuck on the problem of the day.
In the past three Thousand Moments books and in the soon to be released fourth book A Thousand Sacred Moments, the tagline is, every moment is sacred, even the hard ones. Every event is put in our path for a reason.

The best example I give to people who question my faith and trust in the plan is when I moved to Montana. My husband and I prayed and prayed for a sign to know whether we should move. We would be moving away from a home we had had for twenty five years and all our family was there. We couldn't decide if God wanted us to move and our prayers were not getting us anywhere. It felt like on one hand God wanted us to move but on the other hand we questioned if it was the correct move. Finally we met with our pastor and he told us what I'm telling you...Trust in the Plan. Trust it is what is supposed to happen and trust God will put things in place. If he wants the path the change, he'll do it and give us what we need to get through it.
Posted by Connie at 12:00 AM 1 comment:

Every moment is sacred, even the hard ones.
Sawyer and Raven are finally happily married and living by the beach in California, but things are far from perfect. Unsettled with “normal” civilian life, Sawyer feels called back to the battlefield. With Raven’s reluctant agreement, Sawyer deploys with a helicopter medic group.
Raven struggles with letting her go again, the nightmares of her last deployment never far from his thoughts, but when their close friends, Thommy and Vanessa, announce they are expecting a baby, Raven begins to wonder if Sawyer is searching for more than just her next deployment.
As a former prisoner-of war, Sawyer suffered life changing injuries that leave her unable to have children. Now that their best friends are expecting, Sawyer’s questioning her ability to give Raven the family he desperately wants—and deserves. It seems everyone is moving forward in their lives while she continues to go backward, hoping the next life she saves will fill the hole in her heart. But the middle of a battlefield is the last place she expected to discover the doctors were wrong, and God has other plans. 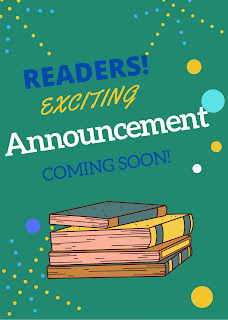 Posted by Connie at 1:41 PM No comments: 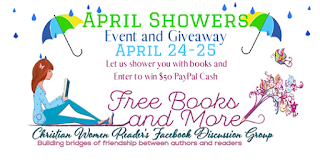 Posted by Connie at 6:52 AM No comments: